Capsi Blast Plus is a fat burning, thermogenic supplement that utilizes the power of capsicum – or more specifically the trademarked Capsimax ingredient. CapsiBalst Plus is the capsule version of the Promera Sports’ popular powder based product.

Claims: To be a fat burner that is intended for men and women who are serious about achieving and maintaining their ideal body composition.

What is Capsi Blast Plus and What Does it Do?

Capsi-Blast Plus is an energy-providing fat burning formulation and the fact that the usage instructions state the capsules should be taken prior to a workout or for an energy boost suggests it has been designed for athletically-inclined users and may be better suited for people who are require a pre-workout supplement than for people who only need to lose weight. 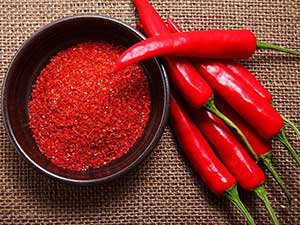 Despite the fact that it takes bottom billing on the label, the proprietary blend contains the most promising weight loss ingredient, but other than for a 100mg of caffeine (equivalent to a cup of coffee), none of the inclusion rates are provided; so the blend’s potential is hard to determine.

Beta-alanine is an amino acid that is often included in bodybuilding and sports supplements due to the fact that it is believed capable of improving athletic performance. Caffeine can provide a quick boost of energy and improve concentration. It also functions as a mild appetite suppressant and can boost the metabolic process.

Black pepper contains an alkaloid (piperine) that has proven to be effective as a fat burner, but is more usually incorporated into supplements because its presence in the blend can help the other ingredients be absorbed more easily, therefore allowing them to provide the maximum benefits in the shortest amount of time.

However, capsicum stands out as being the best inclusion (if the blend contains a sufficient amount), because, apart from being an appetite suppressant, it can boost the metabolism to such an extent calorie burning potential is increased by up to 12 times.

At the time of this review no customer feedback was available.

Promera Sports state the formulation is not suitable for anybody who is under 18 years of age or for pregnant or nursing mothers. People who are using other supplements or taking medication are advised to speak to a doctor before commencing supplementation. People who have existing health problems should be likewise cautious. Promera Sports also suggest users limit their use of caffeine.

Capsi Blast Plus can be purchased from the Promera Sports online store. Each bottle contains 72 capsules and has a price tag of $54.99, but when we visited the site this had been discounted down to $29.99.

Capsi Blast Plus is sold with a 30 day money back guarantee.

If you are looking for a chilli pepper extract fat burner then Capsiplex should be given serious thought. It is arguably the original chili fat burner and has been the subject of many successful diet campaigns – it has also earned a large celebrity following.

Capsiplex manufacturers suggest that each serving can help you burn around 280 calories, to which they equate to 40 minutes to cycling