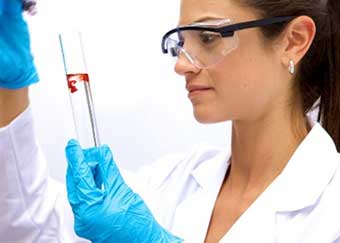 Researchers in Britain have developed a molecule that can fire-up the metabolism by tricking the body into thinking it has just completed a tough workout. So far it has only been tested on mice, but it proved to be so effective the obese rodents reduced their body weight by 5% in a week. If tests on humans are equally successful, and it is proved to be safe, diet pills containing “Compound 14” could provide reluctant dieters with an easier way of losing weight.

Obesity is a big problem in the UK and one in five Britons admits they do not take any form of exercise at all. According to the Daily Mail, one in 11 deaths can be directly linked to obesity, but it is not just the adult population that is affected. The NHS has already raised concerns about the continued prevalence of childhood obesity, and if this “growing” trend continues half of the male population in Britain may be obese by the year 2030, with women following not far behind. It paints a bleak picture of the future, so the new “Compound 14” molecule could be just what the nation needs.

What is Compound 14 and how does it Work?

Compound 14 is a new molecule developed by scientists at the University of Southampton. It works by interfering with the natural function of a cellular enzyme called ATIC that is important to the metabolism. This causes another molecule, called ZMP, to build up in the cells, triggering an energy sensor (AMPK), thereby fooling the cells into thinking energy levels are low. In order to compensate for the supposed lack of energy the cells increase their glucose intake and metabolism. It’s a complicated process, but in simple terms Compound 14 appears to be able to go a long way to proving dieters with a cheat pill that can provide all the benefits of a workout without any of the sweat and tears.

In an article published in the journal Chemistry and Biology, Ali Tavassoli, Professor of Chemical Biology at the University of Southampton, pointed out the new molecule may also be useful for managing diabetes and stated it “holds much promise as a potential therapeutic agent”.

Two groups of mice were involved in the initial study. One group was fed a high fat diet that resulted in the mice becoming obese and impaired their tolerance for glucose. The other group received a normal diet. Both groups were then treated with compound 14, which had no noticeable effect on the non-obese mice. However the effect on the obese mice was dramatic. A single dose of the compound was sufficient to bring their elevated glucose levels down to almost normal levels and, after 7 days of treatment, their glucose tolerance had improved and a 1.5g weight loss was recorded. Speaking about the unusual nature of the compound, the co-author of the study, Dr Felino Cagampang, said, “This new molecule seems to reduce glucose levels and at the same time decrease body weight, but only if the subject is obese.”

Although many dieters may be chomping at the bit at the thought of a new diet pill that’s as good as workout, it could be some time before their “magic pill” becomes a reality. Compound 14 requires further development. Researchers need to monitor its long-term effects on human volunteers and further explore the way it reduces body weight and improves glucose tolerance.

The next step for the researchers is to examine the effect of long-term treatment and its mode of action in improving glucose tolerance and in reducing body weight. Then, if it is found to be safe for human use, a drug could be developed to help those with diabetes, and unsuccessful dieters may finally have a diet pill that is capable of compensating for their failures.

Read about the new diet jab that could be available soon