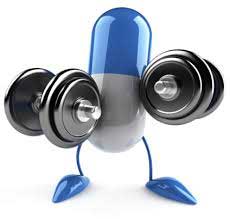 The Exercise Pill Review. The EA study conducted on mice suggests it may be possible to develop a pill that will provide the same benefits as exercise. If an “exercise pill” does become available in the future it could be a lifesaver for anyone who has serious physical disabilities that prevent them from exercising.

A pill like that would also be very attractive to couch potatoes, people who spend their days stuck behind a desk, and long distance truck drivers who don’t burn much energy during their working day and often find themselves eating at fast food joints and greasy spoons.

However, the fact that something works for mice does not mean it will work for humans, so anyone who is hoping to ditch their running shorts and pop open a bottle of pills may have a long wait.

Why Scientists Believe an Exercise Pill Might Be Possible 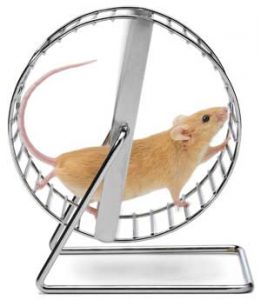 The possibility of an exercise pill became big news when the scientific journal Cell Metabolism published the results of an eight-week study that showed the administration of an experimental drug had allowed laboratory mice to run on a treadmill for 270 minutes. This was a 70% longer than the mice that did not receive the drug and were exhausted after 160 minutes of treadmill activity.

Although the scientists were primarily more interested in the drug’s effect on endurance, they discovered it produced some other interesting changes. The mice that received it were also resistant to weight gain. They had better control of their blood sugar levels too, so the scientists believe the drug may also be capable of helping people who suffer from diabetes.

The team of scientists was based at the Salk Institute in San Diego and headed by Ronald Evans, who said they began by asking themselves a question: “If we really understand the science, can we replace training with a drug?”

Previous research had shown the drug GW501516 was capable of improving stamina and accelerating fat burning, so it was the obvious choice. A series of tests, involving mice running on treadmills, revealed administration of the drug changed the activity of more than 900 genes. 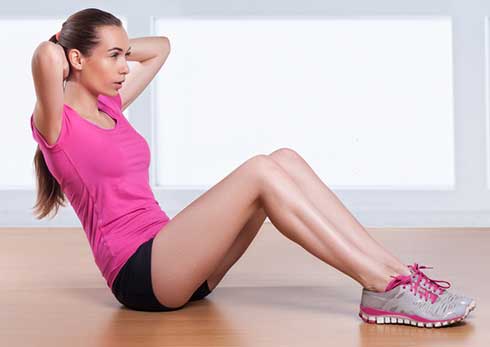 The scientists believe the data they obtained may explain why runners and other athletes “hit the wall” when they push themselves too hard and find it hard to continue with their chosen exercise activity. People hit the wall when their blood sugar level drops, but GW501516 appears to have the ability to ensure blood sugar levels are maintained for longer periods of time.

According to the scientists, hitting the wall in endurance sports is a “dramatic demonstration of sudden and complete exhaustion.” The drug apparently works via special muscle proteins, called PPARD, in a way that is able to “dramatically improve endurance capacity.”

Weiwei Fan, the paper’s first author, states: “Exercise activates PPARD, but we’re showing you can do the same thing without mechanical training. It means you can improve endurance to the equivalent level as someone in training, but without the physical effort.”

There are however, products that can compliment exercise, many supplements are geared towards providing a benefit by helping muscle gain. D-bal for example is a natural Dianabol alternative that provides bodybuilders with safer steroid alternative.

GW501516 is not a new drug. It was developed in the 1990s by GlaxoSmithKline and Ligand Pharmaceuticals. It initially showed promise as a treatment for metabolic and cardiovascular diseases, but fell out of favor when several early studies showed high doses may cause cancer.

However, despite the risks its use presented, scientists continued to find the drug worthy of further study. Tests conducted at the turn of the century revealed its stamina boosting capabilities, it became a popular item on the black market, and some athletes taking part in the 2008 Beijing Olympics were banned when it showed up in their systems. GW501516 was banned by the World Anti-Doping Agency the following year because it was deemed to be unsafe.

University of Hertfordshire pharmacologist, Louise MacKenzie, has studied the drug in the past and feels it is not without potential when administered in low doses, but points out how dangerous higher doses can be. “It goes from being remarkably healthy to being the complete opposite. There’s no in-between,” MacKenzie explained.

Professor Ali Tavassoli (chemical biology department, Southampton University) also has doubts about the viability of an exercise pill. “There is a big difference between showing an organism can mimic exercise over the short-term and demonstrating the long-term effects of doing this,” Tavassoli said. “Someone with obesity or diabetes could be taking pills for 40 or 50 years. What happens when you take a drug like this for that long? These are big unanswered questions. I can’t see these things getting regulatory approval.”

Click here to read about the most effective diet pills available