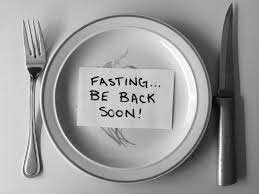 As the name suggests, intermittent fasting is an eating pattern that involves abstaining from food on a regular basis.

Although the idea of going 24 hours or more without eating is enough to make many people shudder, intermittent fasting is becoming an increasingly popular practice.

Food provides the body with the energy it needs to continue functioning.

This energy comes in the form of calories. When people eat too much food the excess calories are converted to fat.

When the diet fails to provide enough calories the body starts to burn its stores of fat to get the stored calories back and put them to work.

Fasting removes the supply of food, so it is obvious that the body will become short of calories and will have to react to this by burning fat.

Several studies shows fasting on a regular basis can be a good way to lose weight. For the purposes of one scientific review, called Effects of Intermittent Fasting on Body Composition and Clinical Health Markers in Humans, the researchers looked at the data gathered from several 3 to 12 week studies, involving individuals who were fasting on alternate days.

The data showed a body weight reduction of 3% to 7%. The data gathered from similar trials, conducted over 12 to 21 week periods, was even more promising because body weight was reduced by up to 9%.

However, some research offers conflicting results, so intermittent fasting is not a guaranteed way to lose weight. 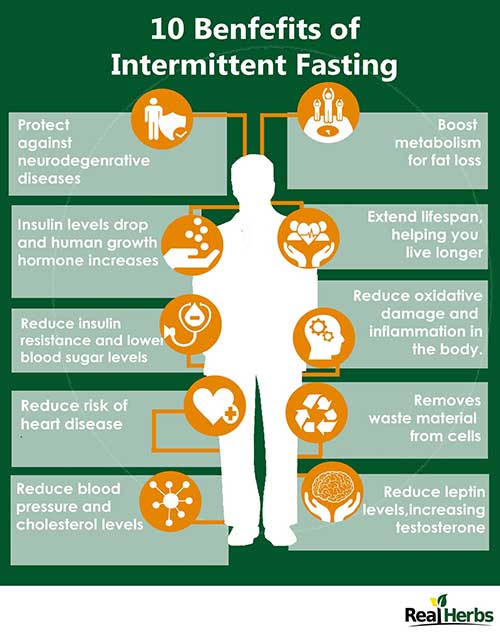 Why Intermittent Fasting Can Sometimes Fail to Provide Weight Loss 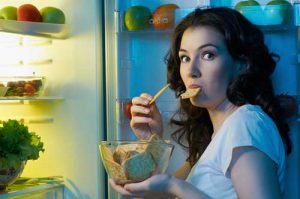 So why doesn’t intermittent fasting work for everyone? It can simply come down to a matter of maths.

As with any other weight loss technique, people who make a serious commitment to losing weight will generally obtain better results than those who do not.

Sounds pretty good, doesn’t it? However, if the average man decides to pig-out on the day following his fast, or simply makes unwise food choices that results in the body receiving 2,500 calories more than it needs, or 1,250 extra calories per day for the next two days, it will be a stalemate.

Nothing will have changed and a few extra calories more will result in weight gain. Think getting so many extra calories would be hard? Think again. A single McDonald’s Double Whopper with Cheese (no fries, sides, or shake) can deliver a whopping 1,070 calories.

There are many intermittent fasting routines. The 5:2 Diet is probably one of the most popular ones.

It’s an eat-stop-eat type diet plan. 5:2 Dieters are allowed to eat normally for five days per week but are not allowed to eat much at all on their two fast days.

Men are allowed a maximum of 600 calories per fast day and women have to survive on only 500 calories (five apples would provide this).

It’s just a case of skipping random meals once or twice per week. So if someone skipped their dinner they would eat nothing all evening and go to bed hungry.

If they chose to skip their breakfast they would eat nothing all morning and lunch would be their first meal of the day. However, processed foods are strictly no go with the Random Meal Skipping diet.

At the other end of the scale, people following the Warrior Diet plan either avoid food entirely or eat a minuscule amount for the first 20 hours of the day and schedule their workouts to fall within this foodless period.

Normal eating is allowed during the remaining four hours of the day. Most people who choose this route prefer to schedule their feeding period for late afternoon/evening so they can eat with their families.

Intermittent fasting is an eating pattern that consists of eating and fasting according to a chosen schedule.

The lack of food on fast days can result in an increased need for fat burning that may result in weight loss, but any weight lost can be quickly replaced if too many calories are consumed on non fast days. This is why some people find intermittent fasting is not as effective as they hoped it would be.

Although going without food on a regular basis in this way is believed to offer several health benefits other than weight loss, it can also cause health problems, including lethargy, and headaches. 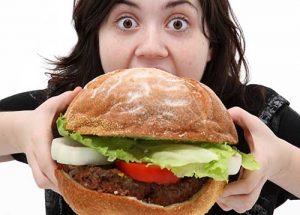 Hunger is also likely to be an issue. Bearing in mind the fact that fighting feelings of hunger often proves to be the downfall of dieters following less restrictive diet plans, intermittent fasting is likely to be a particularly hard option for many people who wish to lose weight.

It also involves such significant lifestyle changes it would be wise to seek medical advice prior to making such a drastic dietary change.

Which appetite suppressants are most effective at curbing hunger urges