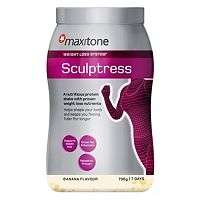 Maxitone Sculptress is a dietary supplement that claims to support an active lifestyle and reduced calorie diet.

It is one of several nutritional or weight loss products offered by parent company Maxinutrition Ltd.

Contrary to their other product lines like Maxiraw and Maximuscle, Maxitone Sculptress seems aimed at female consumers.

Does it work and is it worth it?

Claims: A unique herbal blend that can help you reach your weight loss and fitness goals

Negatives: Maxitone speciality is diet shakes and not diet pills.

Find out what diet pill we rate as No1

What Is Maxitone Sculptress And How Does It Work

Maxitone Sculptress capsules contain a blend of plant extracts, B Vitamins and caffeine.  It works to support an active lifestyle and reduced calorie diet by providing increased energy, derived from B Vitamins and alertness from caffeine.

The plant extracts are also supposed to provide energy and some are reputed to help burn fat.  The dosage is 1 pill three times a day on an empty stomach.  It comes in a one week supply of 21 pills for £10 or $15.  Faithful users will spend about £40 or $60 per month. 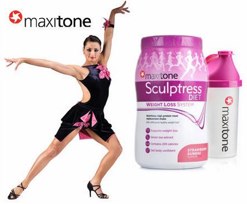 The Maxitone Sculptress nutrition listing highlights Vitamins B1, B5 and B12 along with Biotin, Chromium and L-Tyrosine (also known as Acetyl-L-Tyrosine among other names) , and other ingredients consisting of Bitter Orange Peel powder, Caffeine, Green Tea extract, Guarana Seed powder, Black Pepper extract , and Cayenne extract.

This seems like a highly nutritious mix, until you read the fine print.

According to United Kingdom food labeling regulations, ingredients that comprise more than 2% of a product must be listed in descending order or weight. This means these pills are mainly comprised of these first three ingredients, one of which just adds bulk to the mix. 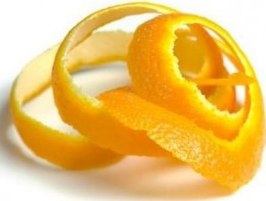 The main ingredient in Maxitone Sculptress is Bitter Orange Peel powder.  It is a stimulant that contains tyramine metabolites N-methyltyramine, octopamine and synephrine.  These are similar to the hormone ephedrine, a main chemical in Ephedra – which was banned by the United States and Canada for serious side effects like stroke, heart attack and death.

Although Ephedrine is regulated in the UK, both it and Ephedra are not banned in the European Union.  Since Ephedra was banned in the US and Canada, many weight loss supplements have substituted Bitter Orange Peel, but there is little evidence to prove it is effective for weight loss.

More worrisome is scientific evidence that Bitter Orange Peel powder can in fact produce the same negative side effects as Ephedra. Read some warnings here – However it should also be noted that cases such as the ones below are very few and far between. If the correct dose it adhered to then synephrine is safe.

There are numerous success stories surrounding Maxitone Sculptress available on the maxitone website and other health, nutrition and fitness blogs around the web.

However, it should be noted that all of these endorsements seem to be from people who were already adopting healthy habits like watching their diet and getting regular exercise.  It’s hard to tell from their testimony what Maxitone Sculptress actually did for them that was missing from the equation.

Although there are no reported side effects from most of the natural ingredients, consumers should be aware of concerns surrounding the top two listed ingredients.  The high amounts of Bitter Orange Peel powder – and its potential adverse effects – are described above.

Additionally the second ingredient, L-Tyrosine is considered likely or possibly safe in does up to 150mg per day for 3 months, but Maxitone Sculptress supplies 900mg per day.  At higher doses, L-Tyrosine has been reported to cause nausea, gastrointestinal distress, headaches and unusually elevated anxiety to include fear and panic.

The company does warn that the high caffeine content may interfere with sleep.  Consumers are advised not to take the pills before bedtime.  The product is not recommended for pregnant women or children.  Breastfeeding women should always consult their physician before taking any supplements or medication.

By presenting itself as a straightforward diet and exercise supplement rather than a too-good-to-be-true weight loss magic bullet, Maxitone Sculptress earns some credibility.  However when considering the main ingredients,  and what it does, it seems like consumers could achieve the same effects for less money, and less chance of side effects, by taking a good multi-vitamin and having an espresso before working out.

Where To Buy Maxitone Sculptress

It is more aimed at the UK then any other country and sold primarily through its own online store – it can be purchased via some some reputable third party stockists such as GNC.

Find out which products were voted best