Scientists may be well on their way to developing a “miracle cure” for obesity. According to recent reports, Molecule 7, 8-DHF is such a powerful fat burner users will be able to eat as much fatty food as they desire without having to fear the consequences the next time they step on the bathroom scales. The scientists who developed it say the compound presents no serious side effects and claim users can take as much as they need. Weight loss will require no effort at all, but here’s the kicker: it apparently only works for women.

Despite the compound’s discriminating behaviour, it still sounds very promising, but many scientific experts are quick to point out the compound has only been tested on mice and may not work in the same way when administered to humans. So the claims of side effect-free weight loss are far from being adequately proven. 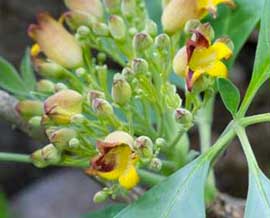 7, 8-DHF (7, 8-Dihydroxyflavone) is a flavone that can be sourced from the leaves of godmania aesculifolia and primula trees. It is presently being studied as a possible treatment for depression and other mental disorders. It shows a lot of potential in this respect, but it is still a relatively new compound so it is not possible to predict what effects it may have on the human body. The present data suggests it is non-toxic for rodents though, and it’s potential for treating mental disorders is currently being tested on humans. That may, at least, provide a better indication of any possible side effects, but it is still far too early to say it is safe for human use.

Many scientists are confident Molecule 7, 8-DHF has the potential to make some very big waves in the weight loss industry. They believe it can successfully mimic a hormone called Brain-Derived Neurotropic Factor (BDNF) that triggers the production of a specific protein called Tropomyosin receptor kinase B (TrkB). 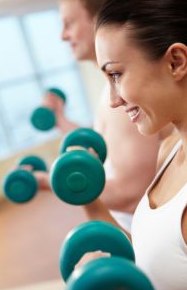 The brain uses TrkB to regulate levels of dopamine, and other important chemicals, and it is Molecule 7, 8-DHF’s ability to manipulate this process that affords it such potential as means of treating mental illnesses.

TrKB is also a growth factor that can be triggered as a response to exercise and the scientists believe that, by increasing its production, Molecule 7, 8-DHF can mislead the body into acting as if it has been subjected to rigorous exercise. In theory this should cause the body to speed up its metabolism and start burning fat to provide the extra energy it thinks it needs to power the perceived increase in physical activity.

After periods of genuine exercise BDNF would normally degrade quite fast, but some experts have suggested Molecule 7, 8-DHF may be able to convince the body it is being exercised when it is actually at rest. They further suggest that this allows for extended periods of enhanced metabolic action that can support weight loss even when high fat foods are being consumed on a regular basis. So in essence what the compound’s supporters are promising is a magic pill that will allow women to live an unhealthy lifestyle, consisting of a high fat diet and minimal exercise, without having to worry about putting on weight.

The claims made for Molecule 7, 8-DHF’s abilities as a weight loss provider are based on the results obtained from one rodent-based study that was conducted in 2015 at the Emory University School of Medicine (Atlanta, USA).

The study was intended to monitor the effects of BDNF on weight loss, but the fact that it breaks down so rapidly in the body made things difficult so the scientists searched for a way to stimulate a longer-lasting release of TrKB. They came up with Molecule 7, 8-DHF.

Two groups of mice were involved in the study. The first group was fed a normal diet, but the second group received food that was sufficiently high in fat to cause weight gain. Both groups also received Molecule 7, 8-DHF via their drinking water. It had no effect on the “clean living” rodents, but the mice on the high fat diet lost weight. This lead the scientists to believe the compound’s weight loss-providing abilities are only effective for treating the effects of obesity that has resulted from a high fat diet.

The scientists were also surprised to note the compound only worked for female mice. They believe this is because male and female mice store fat in different ways.

Although Molecule 7, 8-DHF appears to offer a lot of promise as a weight management aid for women, it remains to be seen if the compound will be as effective for humans as it appears to have been for mice. It is also worth bearing in mind the results obtained from one study alone cannot be seen as conclusive proof the compound works. It is possible that the results could have been influenced by an unknown factor; so further study is definitely warranted. The possibility of side effects also needs to be explored in more detail. So although Molecule 7, 8-DHF may have a lot of promise, its true value as a weight management aid remains to be seen.

Read about a new diet jab that could soon be available