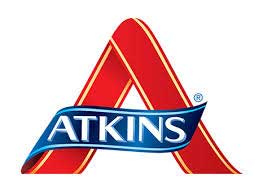 A little over a decade ago the Atkins Diet was all the rage. One in 11 North American adults claimed they were following an Atkins-type low-carb diet and over three million people in the UK were doing likewise. Now scientists believe it may be possible for people to reap the same Atkins Diet benefits without the need for extreme dieting techniques.

The Atkins Diet takes its name from Dr Robert Atkins, who believed it was possible to ramp-up the body’s fat burning abilities by eating a high protein diet that mostly consisted of meat, fish, and eggs. During the late 1990s, the low carb dieting technique he advocated became very popular with many Hollywood celebrities, including Renee Zellweger and Jennifer Aniston. Although it is deemed by some to be too extreme and is often considered dangerous, the diet remains popular to this day. When Kim Kardashian needed to lose weight after giving birth to her second child, in December 2015, she used the Atkins Diet in conjunction with diet and exercise and successfully shed 60 pounds.

Researchers at Imperial College London have discovered the high protein foods that are so important to the Atkins Diet trigger the release of the chemical phenylalanine. This suppresses the hunger hormone, ghrelin, and increases levels of the appetite suppressing hormone GLP-1.

Kevin Murphy, Professor of Endocrinology at Imperial College London, states all foods have the ability to stimulate the two hormones but pointed out protein has a greater effect on GLP-1 levels than other nutrients do. He also expressed fears that high protein diets may not be ideal for the health.

“I think people don’t stick to high protein diets,” Murphy said, “and there is evidence they might not be great for you in the longer term. So, if you exploit this in a pill, that would be great.”

The dangers the Atkins Diet can present are well known and some experts believe such a diet may increase the risk of heart disease. Research conducted at the University of Aberdeen suggests cutting down carbohydrate intake may also reduce levels of gut-living bacteria that lower the risk of cancer. Some data also reveals people who follow the Atkins Diet and other similar low-carb dieting methods may face an increased risk of kidney damage.

A diet pill that can deliver all the benefits of the Atkins Diet, without the need to consume high amounts of protein, sounds good, but there’s a problem. The study conducted at Imperial College London was carried out on rodents. Similar results cannot be guaranteed for humans.

The rodents involved in the study were given doses of phenylalanine for a week. This caused them to lose weight and the scientists believe this is was because it triggered hormonal changes that suppressed their appetites and allowed them to be content with fewer calories per day.

When the scientists examined the rodent’s gut cells in a Petri-dish they discovered the phenylalanine had interacted with a calcium-sensing receptor. They believe this reaction had triggered a signal that took away the desire for food.

Bearing in mind the possible dangers faced by Atkins dieters, and the fact that so many people swear the system works, an Atkins Diet pill could be a valuable asset in the war against obesity. Lead author Mariana Norton stated: “Our task is to demonstrate activating CaSR [calcium sensing receptor] can suppress the appetite. It highlights the potential use of phenylalanine or other molecules that stimulate CaSR—like food components or drugs—to treat or prevent obesity.”

It’s early days yet, and the fact that the scientists have yet to prove the pill would work for humans remains a problem, but the results of the study are being presented today at the annual Society for Endocrinology conference in Brighton.

What diet pills are the most popular in countries such as the UK, USA and Australia