Forza T5 is a health and fitness supplement produced by Forza Supplements.

The company is based in the UK and has been trading since 2007.

T5 was one of their premier products, so it has been around for a while now, and it’s longevity in such a competitive market may afford a valuable insight into is effectiveness.

It appears regularly in the media and has had countless weight loss success stories built around it. Hype laden it maybe but do not underestimate its effectiveness – one of the most powerful fat burning supplements in existence.

Claims: To be the UK’s number 1 fat burner and critically acclaimed

Positives: From a reputable company and has some real life case studies

Negatives: We actually prefer PhenQ – it is a multi-action fat burner and appetite suppressant.

Read why we prefer PhenQ here

What Is T5 Super Strength 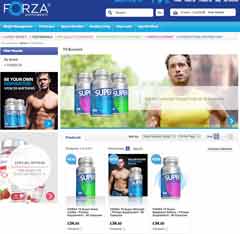 Although there is no reason why Forza T5 could not be used by women, Forza’s chosen marketing strategy is based around the muscular physique of a Men’s Health model, and this probably indicates Forza consider this product to be one for the boys.

There are 60 capsules in a tub of T5 and tubs cost £34 from Forza’s authorised stockists. T5 is also available from eBay and Amazon, and from many other independent sources, but no money back guarantee is offered. If you want to buy then we recommend buying direct.

The capsules should always be taken with water and can be used in two ways.

The daily dose should never exceed 4 capsules and anyone who has difficulty sleeping should avoid taking the capsules after 3 pm.

How the Capsules Work

Forza T5 Super Strength capsules contain a blend of natural ingredients that may provide various benefits, but the main power of the blend is attributed to its claimed ability to promote thermogenesis.

This is a process by which excess calories are burned off as heat rather than being stored as body fat. The process also encourages the oxidization of any existing body fat which is subsequently used to provide the body with extra energy.

Forza T5 Super Strength was given a marketing push when Men’s Health fitness expert, Shaun Stafford, used it to help turn out of shape, Spencer Matthews, into front page material for the magazine. It took 6 weeks of strict dieting, rigorous exercise, and regular doses of T5, but at the time of his photo shoot Matthews, with his toned body and six pack, looked very different than he did before Stafford’s intervention. 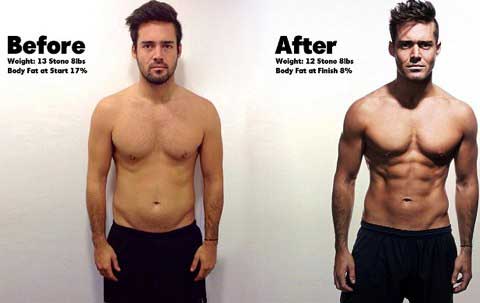 He’d lost a stone in weight and was down to just 8% body fat. The routine and diet obviously played a major part in this, but the best endorsement for T5 probably comes from the fact that it was Stafford’s supplement of choice for the Men’s Health project.

Independent reviews are mostly positive, so although a few consumers are not thrilled by the results.

Many more tell a different story and a more typical review reads:

“These have worked for me and am really happy, and I will continue taking them until I reach 75KGs – and probably after. 13KGs to go (12KGs lost so far)”

Forza state that side effects are rare, but warn that T5 is unsuitable for use by certain user groups:

They also advise users to seek medical advice if any negative reactions are experienced.

Forza have been around for a while now and appear to be a respectable company. As stated earlier in this review, T5 has also been around for a while and its continued availability suggests it probably has an edge that the competition does not, and the fact that a Men’s Health fitness expert favors it use can only be a further indication of this. T5 contains high levels of caffeine, and is not suitable for all users, but Forza are very open about this, so kudos to them for their honesty. Customer feedback is predominantly good, with many consumers praising T5 for getting the job done, both as a weight loss supplement and as a means of boosting training sessions; so Forza T5 Super Strength is a recommended product.

It has to be PhenQ – a unique diet product that can offers a multitude of weight loss action including fat burning appetite suppressing – it can also stop the formation on new fat cells. It also has a detox ingredient.