According to the fact sheet provided by the manufacturer, it uses the “most powerful elements of the Mediterranean Diet to boost energy, enhance metabolism and support calorie burning”.

That being the case, the Mediterranean Diet angle is probably nothing more than a marketing gimmick.

Claims: To use “the most powerful elements of the Mediterranean Diet to boost energy, enhance metabolism and support calorie burning”

Negatives: In our opinion PhenQ will give you a better fat burning experience.

What is Modere Burn and How Does it Work?

Thermogenic fat burners generally contain ingredients that have the ability to cause a slight elevation in body temperature.

This causes extra calories to be lost from the body in the form of heat. This may sound like a strange idea, but heat is a form of energy and it’s a scientific fact that energy cannot be created or destroyed.

It only changes form. The heat that is lost from the body via the use of thermogenic fat burners is the result of chemical energy (in this case calories) being converted to heat.

When thermogenic fat burners are used alongside diet and exercise, the calories lost from the body are likely to have been reclaimed from the body’s stores of fat via the process that is generally known as fat burning.

We have reviewed and rated hundreds of diet products from the UK, US, Canada and Australia.

We have taken customer opinions and feedback, added value for money and customer service to the equation to provide the ultimate top diet pills list

<< Find out which diet pills are best >>

Is Modere Burn Likely To Work

According to the manufacturer’s fact sheet, the three proprietary blends work synergistically to support metabolism and thermogenesis.

They dynamics of this are not explained, but the TrimBlend is apparently intended to boost calorie burning and energy, the purpose of the GlucoBlend is to encourage healthy glucose levels, and the SupportBlend has been added to provide antioxidant support and cell protection.

The fact that so many of the ingredients are housed in proprietary blends makes effective evaluation of this product impossible because no individual inclusion rates are provided.

However, looking at the capsule content as a whole, the formulation could have the ability to speed up weight loss (presuming sufficient inclusion rates).

Vitamin C is an important vitamin and antioxidant that helps support the immune system, aids healing, and encourages good health. It offers a lot of health benefits, so it’s a good ingredient to have.

Chromium is often added to diet pills because its presence may help prevent the blood sugar spikes that sometimes occur after eating a meal and may trigger a desire to snack on sweet food.

The Modere TrimBlend is intended to boost calorie burning and energy. Caffeine is one of the most commonly used stimulants in the world, so its presence should help deliver some extra energy. Chocomine, green tea, and green coffee bean extract also contain caffeine. 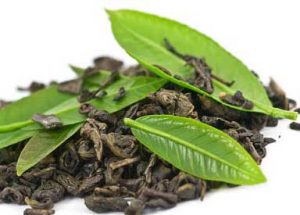 Caffeine is also a proven thermogenic fat burner. Green tea has proven abilities in this area as well and also contains antioxidants that can be good for improving the health. Cordyceps sinensis mycelia is an ingredient sourced from a parasitic fungus that grows on caterpillars. It’s highly valued by practitioners of Ayurvedic medicine, but the ingredient requires further study and is unlikely to offer much value in a blend such as this.

The GlucoBlend is intended to encourage healthy glucose levels and the inclusion of Chromax should make this possible because it’s a proprietary blend of chromium. Berberine also has the ability to moderate glucose levels and is sometimes used as a treatment for diabetes.

The final two ingredients are housed in the Modere SupportBlend. Ascorbic acid provides Vitamin C (already present in the capsules), and the olive leaf extract may benefit the heart, but it’s real value here appears to be to create a flimsy relationship with the Mediterranean Diet.

Usage Instructions – One capsule is required three times per day and the doses should always be taken with a large glass of water and a meal or a snack. Doses need to be separated by a three to four hour time interval. Customers are also told they need to use the pills in conjunction with a responsible meal plan and regular exercise.

The only feedback we were able to find was published on the Modere website. The reviews are all good, but suggest the product may have more potential as an energy provider than it does as a thermogenic fat burner.

Modere Burn is not intended for pregnant women or women who are nursing a child.

People who have existing health problems are urged to seek medical advice before using the product.

Each dose contains 180mg of caffeine. That’s a similar hit to that provided by two cups of coffee, so the formulation will not be a suitable option for anyone who does not tolerate stimulants well.

Modere also advise against using Burn alongside other sources of caffeine.

Where to Buy Modere Burn

You can buy Modere Burn directly from the Modere website at a cost of $64.99 per 30-day supply.

It’s also possible to “take the M3 Pledge” and buy Modere Burn as part of a package that contains two other products and appears to only be available to customers who are happy to receive a fresh package every month via the Modere auto-ship option.

Each package costs around $160 per pop, so it’s a big commitment to make and people taking the M3 Pledge are also expected to commit to several very specific lifestyle changes.

A 30-day money back guarantee is promised, but it appears to be being used to encourage people to spend more and “take the pledge”.

The small print states “Money back guarantee within 30 days if you are not satisfied.” There are two small stars beside the statement. This suggests there could be special restrictions, but we were unable to find any further information.

We are guessing the returns policy is only good for products that have not been opened and tried.

In theory, Modere Burn should be capable of providing an energy boost and some degree of thermogenic fat burning because, by the manufacturer’s own admission, each capsule contains 180mg of caffeine, and caffeine has the ability to do both these things.

However, the presence of so much caffeine will make the product unsuitable for anyone who cannot tolerate stimulants. Green tea and chromium are good inclusions, and some of the other ingredients have merit too, but the problem with this product is the price. 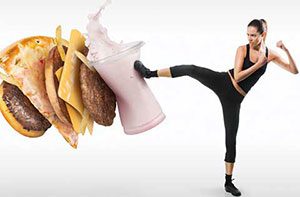 Modere Burn is more expensive than competing products and the money back guarantee may not be what it appears to be.

Bearing in mind the fact that the only customer reviews available come from a very biased source (the manufacturer’s website), potential users may want to think long and hard before choosing this product instead of something else.