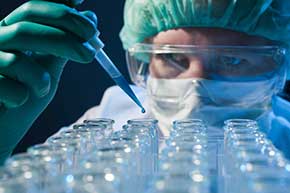 It may sound a little too far-fetched to be true, but researchers in Denmark believe they may have discovered a way to allow the eating of unlimited amounts of junk food without the risk of getting fat.

The bad news is, so far, it’s only suitable for mice. So, if your main aspiration is to pig-out on pizza and fries without paying the consequences, you could be waiting for a long time.

The biological breakthrough was made possible when the scientists deleted an enzyme called NAMPT that is located in the fat.

All animals have it, as do humans, and its removal from their genetic make up made it possible for the mice to eat a diet that was so high in calories it was similar to eating pizzas and burgers every day for 12 weeks.

Experts hope the rodent-based study may eventually lead to a solution for the growing obesity crisis that costs the NHS over £1 billion a year and has been referred to as a “disturbing global public health crisis”.

What do diet pills actually do? Read more

The scientists at Copenhagen University say, once NAMPT was deleted, it was impossible for the mice to become fat.

If they could find a way to make the process safe for humans, it would free up important financial resources governments all over the world could put to better use. It would also save lives.

As is normally the case in studies of the nature, the reactions of the modified mice were compared to normal mice.

During the early stages of the study, both groups of mice were fed a healthy, low-fat diet. After 12 weeks, there was no discernible difference in their body weight.

Then both groups were put on a high-fat diet and, after 12 weeks, the normal mice had become extremely obese.

The weight of the modified mice remained consistently the same as when they were eating low-fat food.

In addition to being blessed with the ability to be immune to weight gain, the modified mice also had superior glucose control than the normal mice during the period while they were eating high-fat food.

Lead author, Karen Nørgaard Nielsen explained: “We gave the mice a diet that more or less corresponds to continuously eating burgers and pizza.

Still, it was impossible for them to expand their fat tissue.”

The results of the study back-up those of a number of human trials that revealed a consistent link between high NAMPT levels and obesity.

However, previous studies failed to reveal a lack of the enzyme in the fat tissue can protect against obesity.

In fact, the study challenges existing beliefs about NAMPT because it was generally seen to be an enzyme that should be increased for therapeutic purposes.

The co-author of the study, Dr Zachary Gerhart-Hines, pointed out NAMPT is “critical” for normal fat tissue function, but unfortunately is also responsible for storing fat.

“NAMPT in fat tissue was likely once an extraordinary benefit to our ancestors,” Gerhart-Hines speculated. “But, in today’s society it may pose a liability.”

Unfortunately, Dr Gerhart-Hines does not consider decreasing NAMPT levels is a suitable anti-obesity treatment method for humans because it increases the metabolic function of almost all the tissues in the body and there is evidence to suggest some organs may require high levels.

Full details of the study are available in the journal Molecular Metabolism.