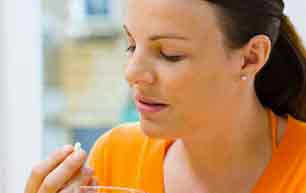 Reports have been surfacing in the press about a new type of diet pill that is not the usual type of ingestible that contains supplement based ingredients – it is one that inflates when swallowed.

The Obalon Mini Gastric Balloon has been created for people who are more that a stone (14lbs) overweight. It is swallowed by the user and then blown-up once it is inside the stomach by using a tiny tube that is then pulled out.

It is designed to act as an appetite suppressant by preventing the user eating too much an over filling their stomach. many media reports are asking if it is really a viable solution of could indeed be dangerous – we are inclined to think the latter.

How Does It Work

The Obalon Gastric Balloon is taken the same way as a regular diet pill by swallowing with a glass of water. The “pill’ is then inflated (by a medical professional) to the required size (about the size of an apple. The inflation tube is then removed from the patients throat.

Gastric banding and gastric ballooning have been around for some time now and are usually administered by a surgical procedure – this is thought to be unique and one of a kind.

A leading member of the weight loss industry comments that even the existing gastric banding procedures are not without dangers and this new inflatable balloon technique could pose more threats to health including gastric ulcers and injury to the stomach or oesophagus.

The manufacturers Obalon claim that their product is available now and patients can book via their authorised medical provider – the cost is between £3000 – £4000.

The Obalon Mini Gastric Balloon has had several trials in the UK with manufacturers claiming a high success rate. The Daily Mail has featured some case studies involving clients of Obalon, but even they (Daily Mail) that usually side with the manufacturers are skeptical.

Where To Buy The Obalon Gastric Balloon

Availability is not what you would call mainstream. It is not something sold over the counter at Boots or Holland and Barrett. Potential customers would first have to contact Obalon for a appointment where eligibility would be established and then an authorised medical provider would be advised. As mentioned above a starting price of £3k is prohibitive for most.

Is Obalon Gastric Balloon Worth Considering

Our view is that existing gastric banding and gastric ballooning methods are just not worth the risk. The procedures are not only costly but invasive and run the risk of complications and side effects. even from the onset when a foreign object is introduced to the stomach your body will fight and reject it causing probable nausea and cramps.

There are plenty more tried and tested products on the market that are a fraction of the price and do not pose the same sort of health risks.