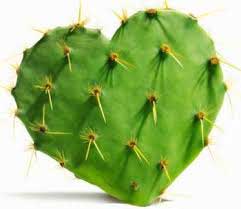 An ingredient that often goes by the name “prickly pear”. It’s a cactus extract that has a long history of use and an excellent reputation for delivering results. Some studies suggest supplementation with nopal may also help discourage fluid retention. Nopal is nothing if not versatile though.

Researchers have recently discovered the ingredient can further assist weight loss by acting as a fat blocker. Read which diet pill includes Nopal 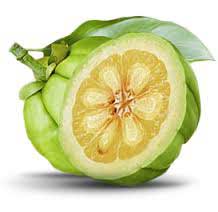 An ingredient that is extracted from a tropical fruit. The rind of the fruit contains is a source of hydroxycitric acid (HCA). If you have already read our article about the 10 Best Fat Burning Ingredients you will be aware HCA is a respected fat burner.

Mother Nature has been particularly generous with garcinia cambogia because the HCA it provides also has the ability to suppress the appetite by stimulating the release of extra serotonin. Read which diet pills are best that contains Garcinia Cambogia

Garcinia cambogia is not the only appetite suppressant that doubles as a fat burner. Cayenne has a similar ability. The appetite suppressing powers of cayenne were put to the test by researchers at Laval University in Canada.

The researchers enlisted the help of a group of female volunteers and monitored the way they reacted to a combination of cayenne and meals that were high in fat or carbohydrate. The researchers finally concluded: “These results indicate that the ingestion of red pepper decreases appetite and subsequent protein and fat intakes.” Capsimax powder is best the example of a commercially developed weight loss product

We have reviewed and rated all the leading brands from the UK, US, Canada and Australia

Which appetite suppressant is highest rated? –  Hundreds of products reviewed we reveal the top 5 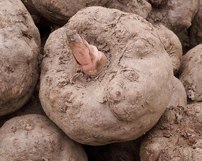 Glucomannan is a water-soluble natural fiber that is derived from the roots of elephant yam (Amorphophallus konjac).

It is capable of absorbing large quantities of water and the process happens quite fast, causing the fibers to expand. When glucomannan is consumed with an adequate amount of water, and this process occurs withing the stomach, the expanded fibers fill up the stomach cavity to create a feeling of fullness that lessens the desire for food.

The appetite suppressing abilities of glucomannan have been proven again and again, by researchers all over the world, and experts at the European Food Safety Authority (EFSA) have examined the data and agree the ingredient works. However, the EFSA states good results require dieters to take 1g of glucomannan three times each day, before meals. The EFSA also point out the importance of taking glucomannan with 1-2 glasses of water and using the ingredient with a low calorie diet. Read about a brand new product that contains Glucomannan

Many coffee lovers have probably noticed it can help take the edge off their appetite. Coffee is blessed with this ability because of it is such a good source of caffeine. The appetite suppressing abilities of caffeine can be scientifically supported by the results of a study conducted in Greece.

Thirty-three volunteers took part. Some of them received coffee with their breakfast, others got water and the resultant data showed the caffeine in coffee had a suppressing effect on the appetite and helped the volunteers to reduce their “energy intake”.

Guarana is a fruit extract that is high in caffeine. Although the appetite suppressing abilities of caffeine have already been explained, guarana deserves a special mention because it delivers its caffeine content slower than other caffeine-providing ingredients.

This allows guarana to continue providing benefits for a longer period of time and makes it especially useful for helping to curb the desire to snack between meals.

A mineral that can suppress cravings for sugary food. This is achieved by chromium’s ability to control blood sugar levels. Research conducted in America suggest chromium’s reputation in this regard is not without founding.

After an eight-week study, involving 113 adults who were clinically depressed and prone to sugar cravings, the scientists concluded: “The results of this study suggest the main effect of chromium was on carbohydrate craving and appetite regulation in depressed patients and that chromium may be beneficial for patients with atypical depression who also have severe carbohydrate craving.”

Yerba mate is a member of the holly family and, in South American culture, it often brewed and drunk as a tea. It is also highly valued for its powers of stimulation. Yerba mate has been favoured as an appetite suppressant by Guarani Indian tribes for many hundreds of years and a number of clinical trials suggest yerba mate also has a lot to offer as fat burner.

Hoodia gordonii is a natural ingredient sourced from a cactus-like succulent shrub. Hoodia has such a good reputation for suppressing the appetite many diet pill manufacturers use it as a standalone ingredient. Researchers at the Council for Scientific and Industrial Research in South Africa tried to identify the components that provide hoodia with its appetite suppressing abilities. They isolated two compounds. Subsequent tests, conducted on rats, showed both compounds have the ability to provide appetite suppression.

Caralluma fimbriata has been used as an appetite suppressant in India for many centuries and, like hoodia gordonii, it is sourced from a succulent plant.

The appetite suppressing ability of caralluma fimbriata was examined by a research team in Bangalore, India.

A mixed sex group of adult volunteers were given 1g of caralluma fimbriata or a placebo and the group who received the plant extract reported reduced hunger levels and lost more weight than the placebo group. The researchers concluded: “Caralluma extract appears to suppress appetite, and reduce waist circumference when compared to placebo over a 2 month period.”